Romain Grosjean is a Swiss-born French racing driver. He crashed in a big accident during the F1 Barhein Grand Prix in 2020. A terrible accident from which he escaped unscathed. Now, he’s competing in the 2021 IndyCar Series with Dale Coyne Racing.

As any top athlete, Romain needs to train a lot. In racing cars, the neck needs to be strong. But not only. Arms. Heart. Reflex. To be competitive in that world, you need to focus an many aspects.

A lot of racing drivers .ie Brendon Hartley are cycling a lot. Romain is a big fan of the Megève Mont-Blanc Cycling (former TIME Megève Mont-Blanc), and reminds that: “The bike is an integral part of my physical preparation”.

From a bike to a triathlon, there’s just one step! That’s the reason why he was competing at the Triathlon Alpe d’Huez in 2018. Here are his results, found on the official website:

That’s a good job, for sure!

And if you like kitesurf, or simracing, then you’ll love his video shares on:

This program has been edited July, 24th 2021.
All the datas listed here are public.

Scott is a founder of ProsWorkout.com. He is a Personal Trainer and Fitness Instructor in Ottawa. But above all, he is a dad, an entrepreneur and a studious athlete. Passionate by training, swimming technique and how to be stronger in any sport. Marathon runner and Triathlet amateur, he tried to play basketball, hockey, and even golf.

When not reviewing sport stuff, Scott works with Experts to make sure that his analyzes are verified and factually correct. 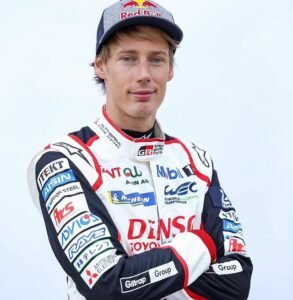 Brendon Hartley: how is he training?