An IronMan 70.3 means that the full race distance is 70.3 miles. It’s also called half-IronMan. A full IronMan can be renamed by IronMan 140.6. In this kind of race, the running part is a marathon. So, in a 70.3 distance, it’s a half-marathon. And if you already have reached such a distance by running, you know that it’s possible to run way more faster than during 26.2 miles (42,195km). Easy to say, but don’t forget: keep practicing if you wanna beat your personal best times.

Whenever it happens, they’re still Ironman 70.3

Unless you’re very rich and don’t need a time consuming job, you are like everyone. But with a mix of passion and a lot of personal involvement, anything is possible. Well, that’s what some of the guys below tried to do actually, to finish their 1.2 mile swim, 56miles cycling and 13.1 miles run:

We used to say that a good IronMan 70.3 finish time is 5h51 maximum for men. And 6H18 for women. Of course, the most important thing is to finish. Without being hurt. But once it’s done, competition spirit is back. If you never did such a race, you will never stop trying to beat yourself.

Scott is a founder of ProsWorkout.com. He is a Personal Trainer and Fitness Instructor in Ottawa. But above all, he is a dad, an entrepreneur and a studious athlete. Passionate by training, swimming technique and how to be stronger in any sport. Marathon runner and Triathlet amateur, he tried to play basketball, hockey, and even golf.

When not reviewing sport stuff, Scott works with Experts to make sure that his analyzes are verified and factually correct. 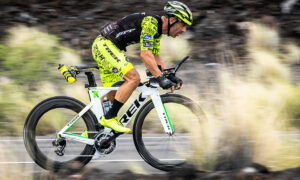 Tony Kanaan: how is he training? 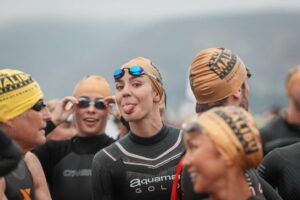 Cassandre Beaugrand: what about her swimsuit and trainings? 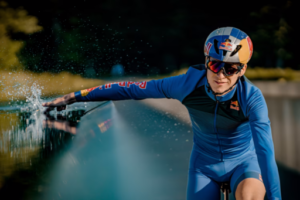 Marten Van Riel : how is he training?